Warning: Declaration of gtw::widget($args) should be compatible with WP_Widget::widget($args, $instance) in /homepages/17/d193691247/htdocs/TritonScuba2016/WordPress/MyBlog/wp-content/plugins/gtw/gtw.php on line 258
 20m Wrecks - Triton Scuba
0
was successfully added to your cart. 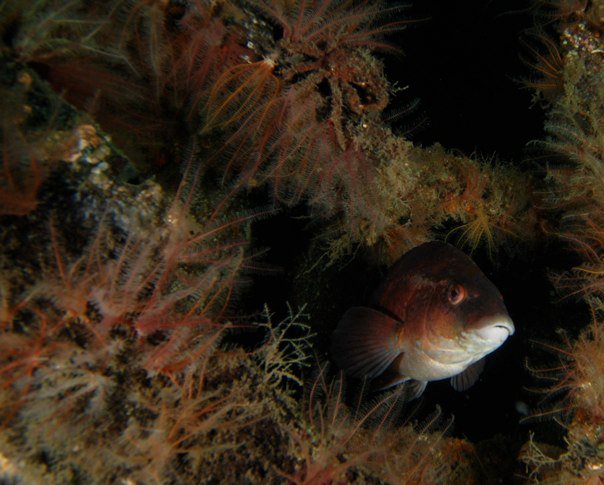 The Polo is lying slightly onto her port side in 28m of water 12 miles from Portsmouth. She was a cargo and passenger vessel and went down in 1918 when she was hit by a torpedo from UB57. At the time her cargo was mainly coal, as you can tell by the vast amount lying around the site. She went down within 10 minutes of being hit but most of the crew were saved. Standing 8m proud of a shingle seabed, visibilty is very often excellent. There are large shoals of bib and pollack around her and her vast boilers make a imposing site. Well worth the trip

The Whale Bridge is part of the Mulberry Harbour construction built for the Normandy landings. The bridge units consisted of 25m spans. At each end they were supported by a steel or concrete bridge float. Each bridge span was steel decked. There were two types of spans used, designed for a tank or vehicle loading of up to 40 tons. The pierhead assemblies were electrically operated and could move up and down to compensate for the changing tides. This is a very nice dive site and the open lattice work nature of this wreck makes it easy to dive and full of life. Lobster, Bib and large numbers of conger are usually found. Maximum depth is 28m.

Located in Sandown Bay at a maximum depth of 20 metres, this wreck is extremely broken up although there is a lot of wreckage to be explored. Once a British destroyer, all that is recognizable now are the three large boilers which stand 3 metres proud of the seabed in a row. The wreckage provides home to crab, lobsters, bib and the occasional conger. This is a popular dive and a safe wreck.

The P12 was a WW1 Patrol Boat that was sunk after a collision on 4 Nov 1918. They were designed as submarine hunters and escort vessels. The ship was broken in two in the collision and the two parts are resting about 1/2 a mile apart. The stern section is more often dived, sitting upright in about 20m of water. The prop and rudder are clearly visible. This wreck is an excellent dive, with plenty of life, good visibility usually and no significant hazards. Excellent for divers new to wreck diving and good for photography.

The Asborg is a 100 metre long Norwegian steam ship that was torpedoed in 1918. It is located just off St Catherines point and sits upright on white sand so visibility is usually excellent. The Asborg was torpedoed by German Submarine UC-75 on 3 January. The trip to the Asborg is a bit longer as it is around the South East corner of the Island, but it is well worth it. This is a lovely dive with great visibility and loads of marine life. Conger eels are everywhere!. Maximum depth is 28 metres. 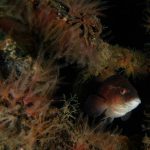 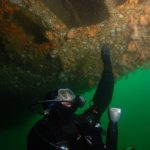 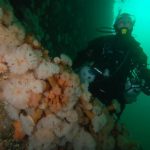