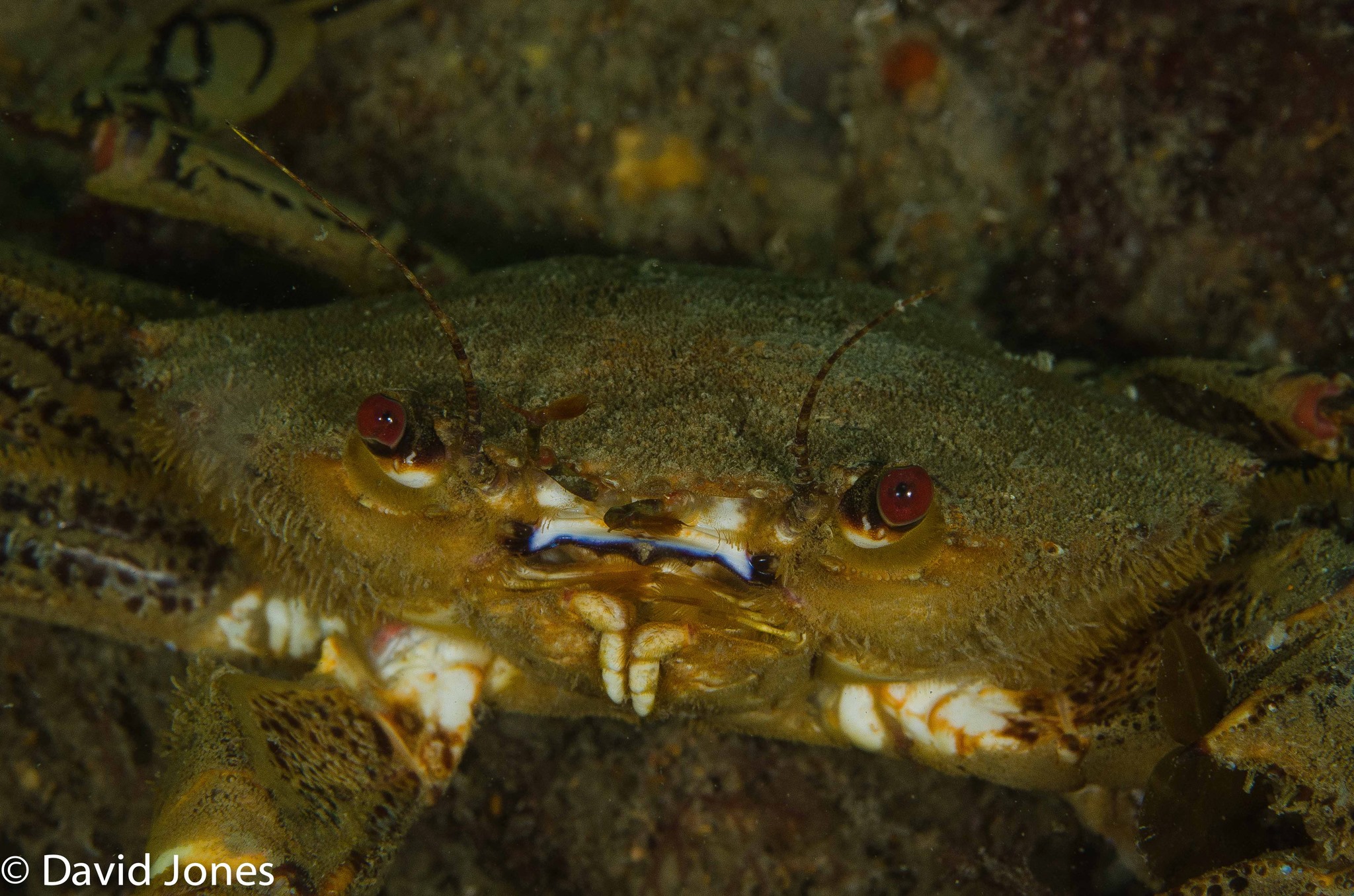 A WWII US landing craft found in about 10 metres in Bracklesham Bay. The vessel lies upside down and stands 4m clear of the seabed. This is a small wreck but there is plenty of life on it and good visibility generally. Small conger can be found occasionally and there are normally large numbers of pouting, whiting and wrasse to be seen. This dive site generally captures the imagination for no more than 20 minutes, but if you then drift off the wreck with the gentle current there is plenty to see as you go over Bracklesham Bay – and ideal place to see Lobsters and at the right time of year, Cuttlefish. This makes an excellent second dive as currents are gentle at most states of the tide due to the protection provided by Portland Bill

The Mulberry Harbours were used during the Normandy Landings in order to make an artificial harbour. The large units were assembled on the South coast before being transported across the channel. One or 2 of the units came to a sticky end off the coast of Sussex and they now make an excellent and very popular dive site. These are ideal for newly qualified divers or advanced diver. Photographers like this site due to the excellent visibility and prolific marine life

This small collier vessel is a great little wreck. There is plenty to see and a huge mound of lobster pots which have become trapped on the wreckage attract large shoals of fish. The wreck is broken into 2 main parts, so make sure you venture away from the shot line to make sure you see it all. This is a popular wreck with new divers as it normally has excellent visibility. It is a good safe wreck with plenty of life and lots to see. Average depth is around 16 metres. 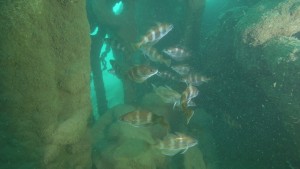 A WWI British Steamship, the Luis is one of the favourite dives in the area. The main reason is that an eddy at the end of Sandown Bay results in very reasonable currents, even off the ebb, so it is a great second dive. Just off the wreck, there is the opportunity to find large numbers of fossils. The Luis was carrying a cargo of shells when it went down and they can still be found in large numbers along with grape shot “musket balls” which litter the whole dive site.

The Camswan is an excellent wreck that sits 4 metres proud of the seabed in 18m of water. This 105 metre long steam ship had a short life. Built in 1917 it was sunk in the same year in a collision with the SS Polbrae. The Camswan lies on a sand and gravel bottom and visibility is generally good. Although very broken up the wreck ahs plenty to explore. Making your way to the rear of the vessel, the large rudder gives you some idea of its size. There is plenty of marine life on the wreck including conger, pollack and wrasse and some big shoals of bib.

The Stern of the Bettann is a good shallow dive for new divers, lying in about 12m of water. The wreck is relatively new as she sank in 1967 after getting into difficulty. Interestingly the bow and stern are some distance apart as when the decision was made a year later to remove the wreck from the shallow water where it had floundered. However, while the stern section was being towed it sank again. The Bettann Stern is quite small but still an interesting dive with plenty of life

The Hauler is not a bad little dive site because a biit like the Luis it is sheltered from the prevailing South Westerlies by the Island. The wreck was a crane barge that sank in 1973 in about 14m of water. The wreckage is a bit all over the place as it was demolished by explosives, but there is still plenty to see if you fancy a rummage. 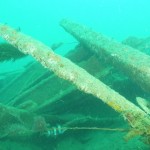 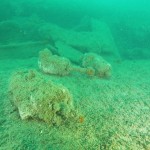 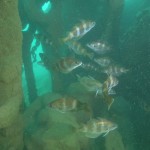 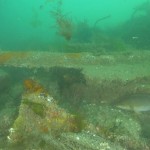 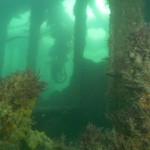 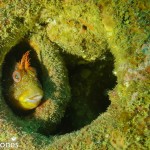